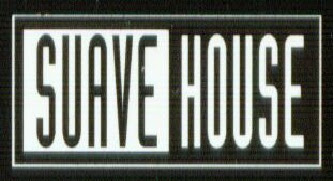 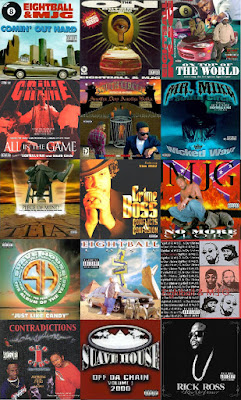 Classic southern label founded by Tony Draper in Houston. 8Ball & MJG was the first act signed by Draper, they released their classic debut album "Comin Out Hard" in 93 and the masterpiece "On The Outside Looking In" the year after. During 95 & 96, Crime Boss, South Circle, Tela and 8Ball & MJG released some classic albums on the label and Suave House was on top of the independent rap game. But after a short time of succes, Tela left for Rap-A-Lot, Crime Boss formed his own record label (Crime Lab), South Circle split up and 8Ball & MJG left out of business dissagreements in 99. The label has tried to reemerged since the last release in 2000 without any real succes.
(in 2007 Draper released a record called rise to power with unreleased material from Miami rapper Rick Ross, recorded during his time with Suave House)

For more info check out: Tony Draper interview in XXL, more and Discogs
Posted by JB at 10:34 AM