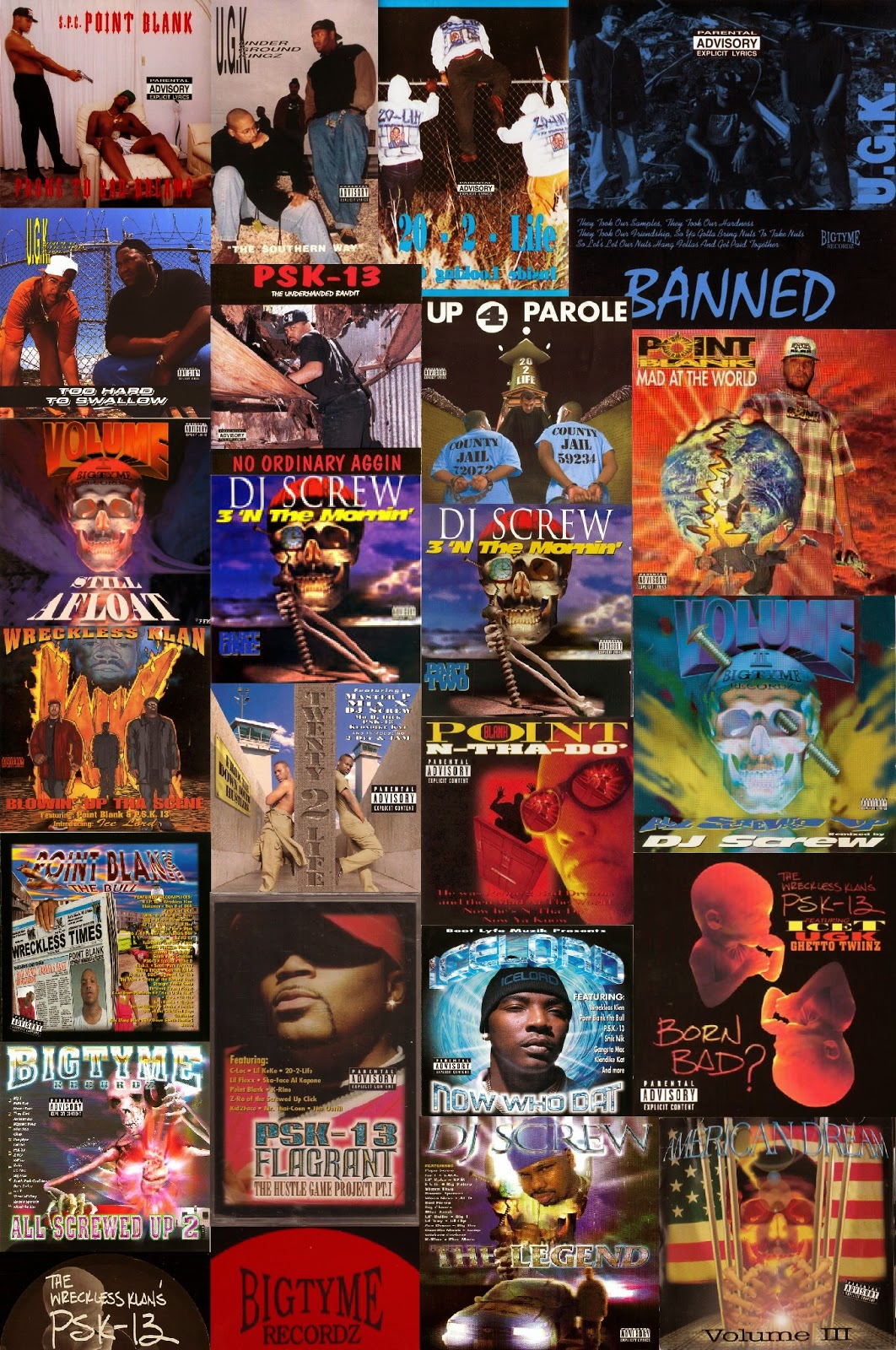 
"How did you go from making tapes to signing with Big Tyme?
C: Actually the tape that Big Tyme signed us on had all four of us on it, from the group that had merged together. Actually the tape was a combination of songs that we had been making for about four or five years in several different groups that Big Tyme heard. I had went to the mall one day with some motherfuckers I knew, I rolled out with a nigga named Marlon Banks and these two broads from Port Arthur in a hooptie, came to Houston and went to King’s Flea Market. We pulled up on the flea market and went up in there and this dude had a record store. And he had a sign outside the record store that he was looking for a group. So shit, I always walked around with a demo tape in my pocket ‘cause I didn’t know who I was gonna meet. So I went up to a motherfucker and played it for him. He actually wasn’t there, his wife was there, she was like “let me go get my husband,” that was Big Russell [Washington] who owned Big Tyme and that was the start of that shit. So he put the money up and we started going to the studio and recording every week, trying to get it going. I figured we in the big time now, lets go and get some producers that know what they doing, but everybody we went to get with fucked us out our money. The studios were fuckin’ us out our money, the producers were fuckin us out our money, givin’ us trash and when we looked around we didn’t have no more money. So Big Tyme, not having no more money came to us and said “What you wanna do – we either gonna stop recording or we gonna sell this goddamn dope and keep going to the studio every weekend?” We didn’t have no choice, so we started hustling. But not to buy cars and not to buy clothes. We started hustling to go to the studio. We’d hustle all week and at the end of the week we’d go to the studio every Friday, Saturday and Sunday. And we did that until we got the record done. And you gotta understand this work was being sold in Port Arthur, not in Houston, he didn’t have nowhere to sell in Houston so the work would come from Houston to Port Arthur. And everybody had a job to do. Bun was in transportation, I was in packaging. The other motherfucker was in delivery. And we made that shit work and go the money to put us through the studio and get the record done. Everything was cool until the record got done and the motherfucker hit. That’s when this nigga [Russell] started talking like he was our boss. Like, “nigga we all sold crack to get this goddamn record done, what the fuck is you talking about about? You fitta give it us this little percentage over here and you fittin to take the largest [percentage] when we all risked our motherfucking lives to put this shit together.” That was the breaking point with us and Russell. We all hustled to put that shit down, and we felt like we all should’ve had ownership in this shit."