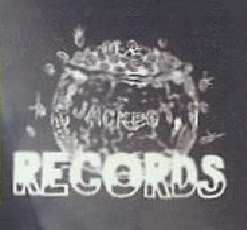 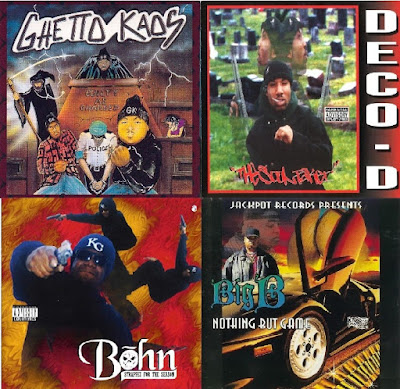 Kansas City based record label active between 94-97. Just like Pup Dog out of Little Rock, Jackpot released four really good G-funk records in the mid-90s. The first release was Ghetto Kaos - Guilty As Charged distributed thru SMG in 94. The second release was a 3 track tape called The Soul Taker by Frisco rapper Deco-D (the full length was released under Rush Distribution/Sanders Productions), with a 12'' remix of Potent Like Dosha. The same year Bohn (from Ghetto Kaos) went solo and released the brilliant Strapped For The Season. The last record was released in 97 and it was another Ghetto Kaos solo album called Nothing But Game by Big B.
Posted by JB at 12:46 PM